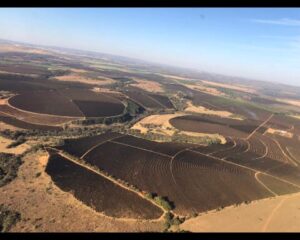 The extensive frost damage currently hitting Brazilian coffee producing regions from across Parana, Sao Paulo, Southern Minas and large parts of Cerrado are causing New York market to enter a fernzy of panic buying to cover contract obligations for the next two years as Arabica prices bounced back to over $2 per pound in mid-session Thursday. The intense low temperatures are forecast to continue for the next few days and while damage to the current 2021 harvest already has been forecast to a minimum range between 700,000 60-kilogram bags to as much as 1.2 million bags, this figure was calculated prior to the last few days of even more damaging weather.

Extraordinary pictures showing the extend of damage from across all the mentioned growing regions in the early hours of Thursday left no doubt as to the massive impact of damage, both to new crop as well as trees that prior to this week had been expected to rebounce next year.

Trade, exporters and growers AGREE that the consensus of severity and loss from the 2021 frost season has left growers in shock, devastated not only by the losses to occur in the current harvest season, but already seen expanding to at least 4.5 million bags less in the next harvest in 2022, which will prevent any opportunity for Brazil to bounce back and recover from the drought damage seen in the current harvest.

Speaking to SpillingTheBeans in exclusive comments traders, growers, agronomists and exporters said the current situation is causing not only a devastation locally for farmers, but the magnitude of damage will leave the market in a precarious situation, as roasters and buyers will push stocks to its limit in order to cover positions ahead of the next harvest, and if even the slightest additional damage — either from frost in Brazil, to the new flowering season starting in October, or any other weather problem to production elsewhere in the world — can potentially push the deficit into a situation where roasters will have to buy on a day-by-day basis based on fresh supply reaching the market.

The last two days of severe frost damage has already made Arabica prices set to return to over $3/lb, and if the current frost continues, or more weather damage occurs either in Brazil or elsewhere, there is a very real potential that prices could reach new highs, even hitting around or above the $4/lb mark, analysts and market observers told SpillingTheBeans. 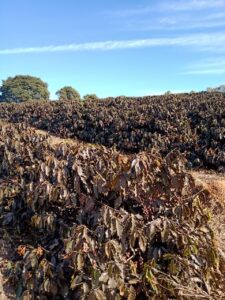 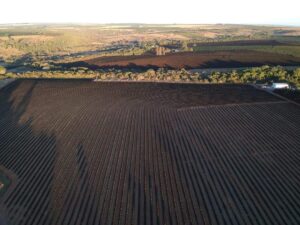 *SpillingTheBeans continue to monitor the situation in Brazil by the hour and we will bring more commentary, sources and pictures shortly.

“What Inspired You To Be A Coffee Enthusiast?” — Special Q&A With SpillingTheBeans!
BREAKING: Brazil’s Cerrado region sees 40% frost damage in some farms, 25% of TOTAL coffee area hit