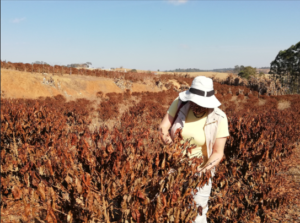 As SpillingTheBeans aka the “Indiana Jones of Coffee” is flying into Brazil for an 8-day intense field trip to survey frost damage to farms and producing regions across 65 percent of the Brazilian production area hit by damaging frost, please see our latest update;

AUG 3, 2021 (STiR Coffee and Tea)–The global coffee trade enters an unexpected wave of turmoil as the coldest weather in years hit Brazil, the world’s largest coffee producing and exporting country, leading to the most severe damage seen in the country’s growing regions in over 40 years, growers and traders told STiR coffee and tea in early August. The damage is so severe that even though current overall figures point to 10-15% damage of the South American giant’s arabica coffee area. The timeline for either pruning – or, as in many cases entire replanting of fields – will be impossible to catch up with until the 2025 production cycle, agricultural experts said.

Losses from the frost damage continue to grow as more detailed reports emerge from agronomists and agricultural researchers conducting field research across Brazil. This comes at a particularly sensitive time for the world coffee market as supply is running low against an already small harvest in Brazil and consumer demand is booming against low inventories and stocks, according to figures and data from the International Coffee Organization (ICO) and the U.S. Department of Agriculture (USDA). 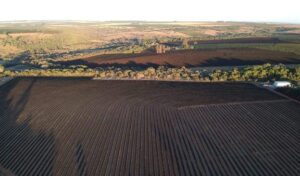 The unexpected severity of the frost in Brazil sent arabica futures at the ICE exchange in New York soaring to 7-year highs over $2.20 per pound in late July before profit taking took over. But prices remain trading in the 1.80-1.90 range and is expected to roar back to over $2.00/lb. in the short to medium term, and possibly even reaching $3.00/lb. for the first time since 2010, commodity analyst Judith Ganes told local press in Brazil including Reuters and Bloomberg in late July.

And this comes on top of the already small off-cycle crop being harvested in 2021. Days before the fourth cold front in a month hit Brazil by July 29th, Brazil’s official crop supply agency Conab said as much as 200,000 hectares – or approximately 11% of this year’s total cultivated area – was negatively hit by the frost. The Minasul Cooperative based in Varginha in southern Minas told local Brazil media that as much as 30% of Brazil’s entire arabica growing areas were likely affected by the freezing temperatures for extended periods of time once all the damage reporting is completed.

The damage from the frost is unprecedented. For multiple reasons, the numbers of losses as well as overall impact on the Brazilian production cycle will have . . .

Read the rest of the article for FREE at;
https://stir-tea-coffee.com/tea-coffee-news/brazil-frost-damage-worsens-global-coffee-supply-challenges-/ 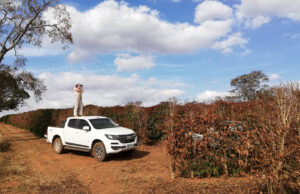 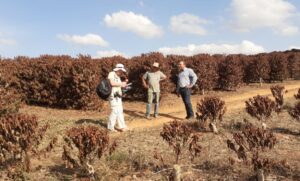 Coffee of The Day “Guadeloupe Bonifieur – An “Exceptional Coffee” From The Oldest of Coffee Lands
EXCLUSIVE: LIVE From Brazil: “Black Frost” Hits 65% of Coffee Crop Area